Here’s an example of a noun being pre and post modified by adjective phrases:

In the English Grammar Profile, B2 point 59 in the category of ADJECTIVES is only defined as:

Also, B2 point 47 in the category of NOUNS & phrases is defined as:

complex noun phrases by using adjective phrases as postmodifiers to give more information about the noun.

Both these points have exactly the same example sentences!

This is quite difficult then to decide exactly what they mean.  There are many types of these and many of them exist at different levels.  Large corpora produce almost no results for these patterns too.  Looking at their examples, it seems that they may need to be both pre-modifying and post-modifying words for it to qualify as B2.

1. The essential parts of the first example might be stated as such:

_jj _nn _jj _i _jj _cc _jj _nn or further simplified (since iWeb will not allow too many wildcards) to:

8 ONLY THING NECESSARY FOR EVIL

This is all my fault, Miss Lemon, because I let it happen,

and the only thing necessary for the triumph of evil is for good men to do nothing.

*However this example is C2 FOCUS with a premodifier.

In a 14 billion word corpus, there are less than 500 ngrams for a point found in the learner corpus. The complexity of this could then be questionable.

_jj _nn , _rr _vvn _i _d _jj _nn
Sadly the iWeb corpus will not accept such a long open search.  However, we can collect what are mostly cooking ingredients:

To these we can try adding in more: 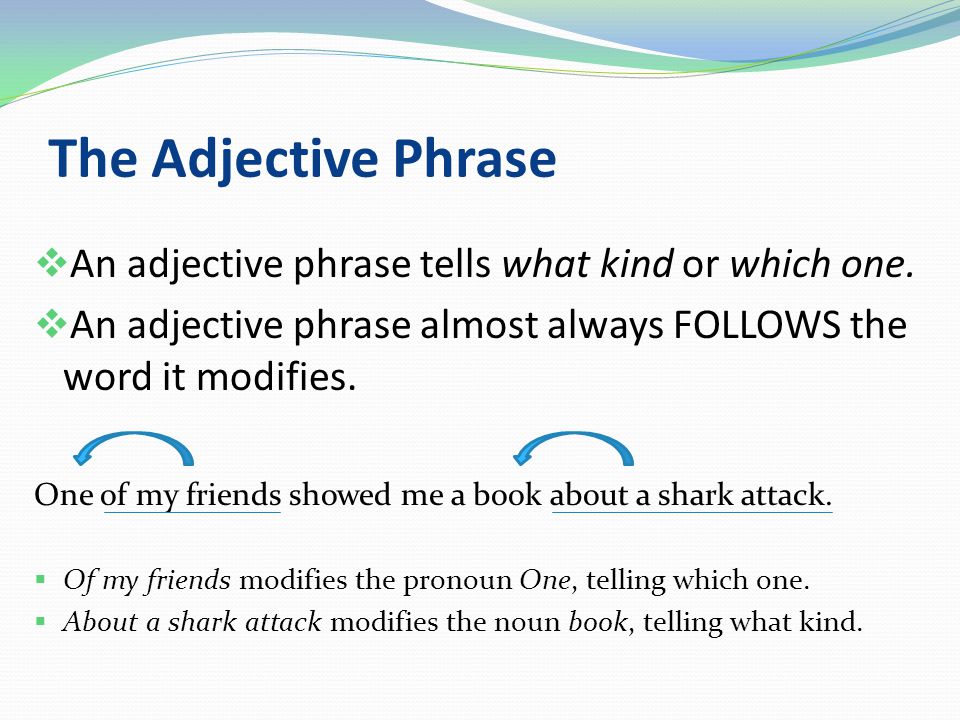 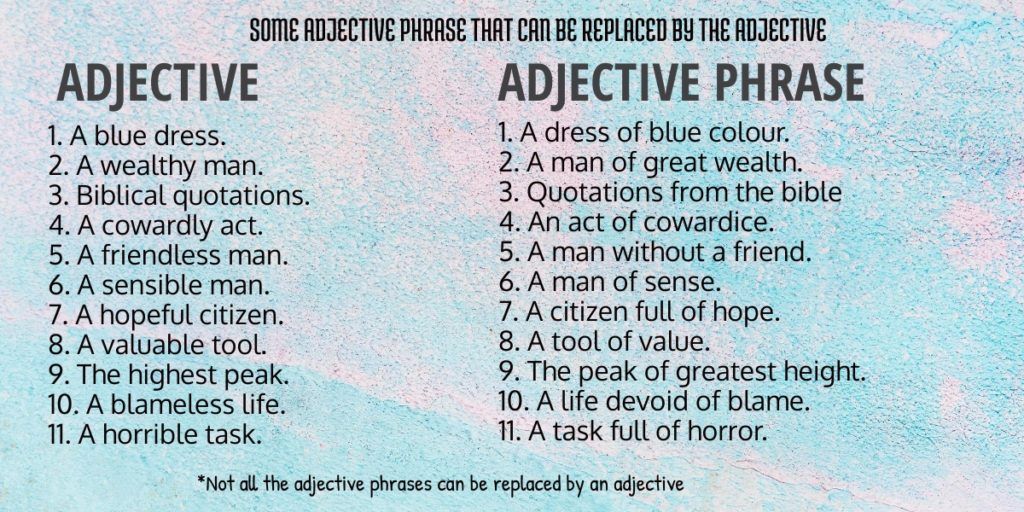 adjective, adjective noun This is another grammar point that is probably easier to...

adjective + noun + preposition + noun (noun phrases) It was a short period of time. In the above...

adjective + BUT + adjective + noun (complex noun phrase) Here are some examples of this form: Being nice to...

degree adverbs modifying adjectives ‘almost certain’ Here’s an example of hedging an assertion: I’m almost certain that it was him. Listen...

adverb + adjective + noun In the English Grammar Profile, B1 point 32 in the...

adjective range in noun phrases The position of the adjective when placed directly before a...

quite | almost | rather + NOUN PHRASE In the English Grammar Profile, B2 point 57 in the...

ANYTHING + post-modifier In the English Grammar Profile, C1 point 104 in the...

a wide range of linking verbs used in other complex ways To get started, let’s look at some spoken student examples...

much + comparative adjective + noun How to extend comparatives for intermediate students...

quite a + ADJECTIVE In the English Grammar Profile, B1 point 36 in the category...

adjective + noun (range) Here are real examples of using an adjective before a...

‘little or no’ + NOUN (complex noun phrase) It had LITTLE OR NO EFFECT on me....

THE + adjective + noun In the English Grammar Profile, A2 point 36 in DETERMINERs/articles...

superlative + postmodifier + noun ‘the best possible way’ C1 point 70 in ADJECTIVES is defined as: a postmodifier...

4 part complex phrases from time to time | for the most part |...