The backbone of what I will explain here will all come from Wardhaugh, R., & Fuller, J. M. (2014). An introduction to sociolinguistics.  Yet, I will be sprinkling that with concepts from elsewhere to help get our minds around this area of language study.

You may have heard of Larsen-Freeman’s “form meaning and USE” when discussing grammar.  Well, USE is where sociolinguistics really gets into gear.  It is not that unlike the idea of “grammaring” either which is against the idea of language as some static abstract entity that can be isolated to study.  That language is actually a performance. 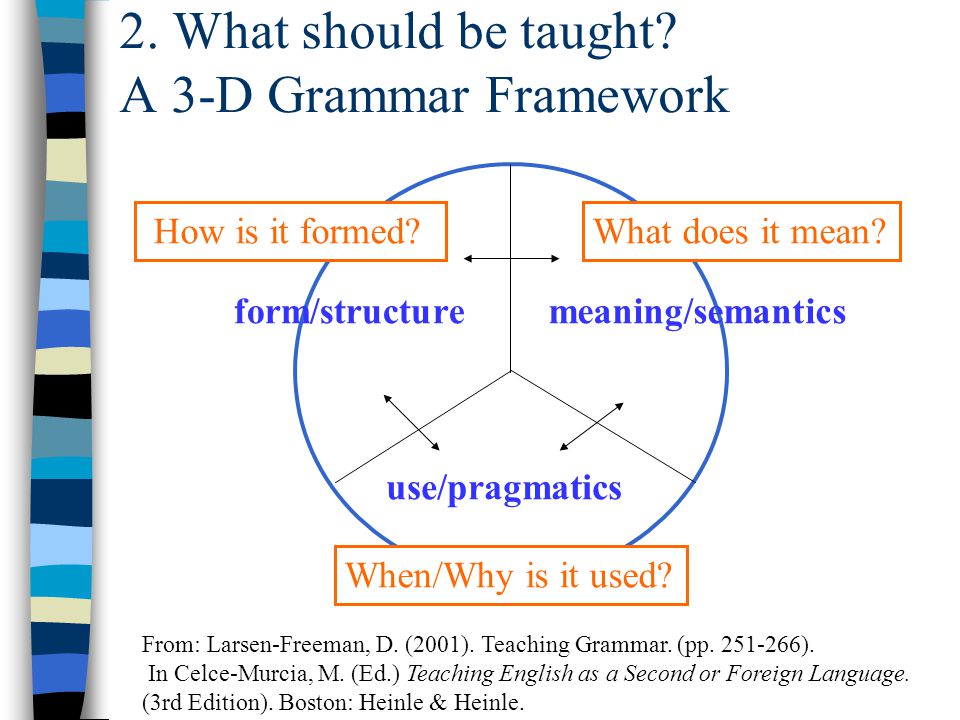 As the name suggests Sociolinguistics is about how language is performed in a society which is a group of people with a common purpose.  It considers topics that define the users such as gender, class, ethnicity etc.  It stands in contrast to prescriptive views of language and it’s quite different from some ideal competence.  It analyses language to get at the underlying norms.  (p.2) This practise looks at “correlations” between language and social structures and can be distinct from looking for causes. (p.12)

What we would usually just call grammar.  Yet this is more complex than it at first seems.  There are many codes that can make up the communication if we considered, for example, multilingual speakers.  The other point of complexity here is that there is an emphasis on the fact that there is much more “known” by users of these codes than one would find in a prescriptive account.  (p.3)

Another key point is that you cannot understand the language without understanding the “society” or group that the language is used in.  In other words, communication does not exist in a vacuum.  Knowing just the form does not mean you can competently communicate because we choose the correct language appropriate to the context.  (p.5)

2. The second new keyword is Variant. A different structure with the same meaning, but used by different users or the same one in different contexts. (p.6)  Variations or linguistic variation is a very central concept to sociolinguistics because it is where social meanings are located at all times.  These variations are also limited.  Variations according to the group can be analysed first and then individual usages within it too.

When we observe how varied language use is we must search for the causes. Chambers (2003, 226) notes, ‘Upon observing variability, we seek its social correlates. What is the purpose of the variation? How is it evaluated in the community? What do its variants symbolize?’ Ultimately, the goal of sociolinguistics is to address the social meanings of language use, and correlation with social variables is one way to address this question. (p.14)

3. The third term that is different from what we may expect is identity.  Identity of individuals or groups is actively becoming constructed through discourse and social interaction, and not a preconceived ticking of demographical categories. That is we create our “membership” through language.  We can also pick from multiple categories or identities at different times.  (p.8) And those groups are varied in nature and only exist if we subscribe to them. (p.9)

4. Power is a significant feature of how individuals control their outcomes or that of others’ in these communities.  Power is of action and language can be subtle or extreme, it can provide access and privilege.  It is extremely important to discussing inequality which is observable or hidden.  (p.16)

5. Solidarity is working together in the group.  A common.  Whether members are aware of it or not.

6. Culture is the knowledge or beliefs necessary to be accepted as a member.  Without culture, you can not have communicative competence. (p.10)  You need to share this knowledge and beliefs to be able to communicate appropriately.

So if you got your head around these simpler terms, next is the big brain-twisting hypothesis (not accepted by all!), probably best left to this video to introduce:

That is, does language shape our thoughts and actions?  Or is it the opposite way around?  Thoughts shape our language.  Or both or neither of these?  It would seem logical to accept that all of these possibilities are partly true too.  Sociolinguistically though, this is where it would seem a moral crusade for linguists is to be fought.  For example, if language shapes our actions, then feminists will argue for changes to pronoun usage, or vocabulary like “policeman” will be done away with to be more inclusive or empowering for women.  A lot rides on it for social justice warriors.  This leads to critical sociolinguistics or discussing inequalities which also be hidden. (p.16)

Register is all the vocabulary associated with a profession that allows members of the group to more efficiently communicate.   (p.12) Not unlike all the vocabulary introduced on this page. That vocabulary then shapes your view or limits it, limits what you can understand if you don’t have it.  In addition to vocabulary, grammar is supposedly even more of a perspective changer:

The strongest claim of all is that the grammatical categories available in a particular language not only help the users of that language to perceive the world in a certain way but also at the same time limit such perception. They act as blinkers: you perceive only what your language allows you, or predisposes you, to perceive. Your language controls your worldview. Speakers of different languages will, therefore, have different worldviews. (p.12)

Me personally?  I believe language has a life of its own.  Especially, when I was learning German, I always recall that I had chunks of language which I could use, which would be first in what I would say in conversations.  I would think that the person I was talking to would think that these topics were what I wanted to talk about.  In reality, those were the only topics I could talk about.  The true intention was to communicate and bond socially, not to exchange any particular information with them.  I have also since witnessed this countless times with my students, watching them return to familiar structures to maintain dialogue.

So if we are going to get involved in this field of Sociolinguistics, there are four main methods to work with, but overlap.  Correlational analysis which relates variables, discourse analysis which looks at uncovering power relations,  Macrolinguistic studies that look at large amounts of data to draw conclusions and the Microlinguistic studies which looks at a particular language point or relationship and look at its larger implications. (p.17)